I've been Djing for 15+ years and have made multiple mixtapes in an array of genres. Hip Hop, RnB, Reggae, House, Trap, Electro, Old School, Funk, Freestyle, and everything in between. I learned on and continue to Dj on Vinyl and Turntables. I've been Djing professionally for over 10 years and currently have 2 residencies in Los Angeles. With all of my experience, I've learned a few things about how mixtapes should be made. I'm not the be all end all of tips for mixtapes but I have a pretty good idea of what should make a mixtape not only sound good, but flow seamlessly.

TIP 1: KNOW YOUR GENRE AND TONE

One of the first things you need to figure out is what Genre or Genres you'll be including in your mixtape. What direction are you going? Is it all Hip Hop or are you throwing in some RnB as well? Maybe it's Electro House mixing into Trap and Juke? When people start the idea process of mixtapes, this is usually one of the parts that takes the longest since you also have to pick the songs you want to add to your mix. For me, I would stick to a certain genre and tone so you don't throw your audience off - unless that's your style, which we'll discuss later. If you start of with Smooth RnB, it'll sound weird if you mix in some Happy Hardcore music afterwards. Find your flow and make sure that you keep the tone. My favorite formula (which I also use live) is Old School Soul into RnB into 90's Hip Hop into Rap into Funk into House and then you can figure out where to go from there (either stay at 128bpm or come back down to 70bpm level).

If you're starting out, stick to one genre (like Hip Hop or House) and build from there. Once you get ready to be more of an open format Dj, then experiment with Double Times, Remixes, Transitional Tracks, and Drops. Once I get my Online Dj class situated, then you can learn how I do it :)

TIP 2: FIGURE OUT YOUR BPM

If you're just starting out, beat-matching can get a little tricky so going up and down on BPM's is going to be challenging. When you find your genre and tone, you'll see the general BPM you'd want according to the songs you pick. Is it 100bpm for Twerk? 70bpm for Trap? 130bpm for EDM? This is important because it's an easy way to organize your songs and plan your mix's journey. A mixtape is like a roadtrip and the music is like the elevation, roads, speed limit changes, and surroundings. There are ups and down, fast and slow movements, and smooth or frenetic traffic around you - prep your passenger for the journey and drive like a boss.

This tip is similar to #1 but it's also how you transition between songs. Are you mixing 64 bars? Slamming track to track? Adding scratches and movie samples? Determining your style is like building your brand - this is your voice and what people come to you for. What makes you special? Is it remixes and blends or scratching and beat juggling? Maybe you change it up every mixtape? For me, I started with Hip Hop and loved scratching, although I won't throw in a beat juggle when I'm creating a House mixtape - or should I? :P Usually genres have a certain style to them that people recognize. Turntablism with Hip Hop, long beat mixes with House, spinbacks and horn samples with Drum n' Bass. You don't necessarily have to stick to these styles, though it's a good way to attract an audience that's already been used to listening to mixtapes in that genre.

Since I'm a mixing head, try your best to actually mix and beat match your songs - that's what real Dj's do and sets us apart from a Spotify Playlist :)

Like I said above, your mixtape is going to take your listener on a journey. How you start and finish is up to you, but send your fan off on a good start and make them come back for more when they reach the end. If you've done the steps above, you have a pretty good idea on how your mixtape will sound and the tone you will keep or change throughout. Now the question is: do you hit them with a club banger at first or wait till the middle? Start with a drop with a build-up or begin with a drum beat to get the listener accustomed to the BPM? This is all up to you and is similar to mixing a Live Dj gig. If you're an opener at a show, you shouldn't play club hits at 9PM. And if you're Djing at Prime Time at a Top 40 nightclub, you shouldn't play mellow music at 12AM. I usually like starting with a smooth track that has a built in intro (I like it when it's a melodic instrumental section without a drum beat that builds into a solid song), playing the hits in the middle, and then ending with a mellow banger that sends my listener off on a happy note.

With all my experience playing in front of crowds, I know that starting off too strong at first and trying to keep their attention with consistent club hits for 2 hours straight will tire them out, and then you're left with your filler tracks with no bangers at 11PM. Introduce them into your genre, hit them with familiar tracks in the middle, and give them something smooth or never-heard-before at the end - their ears and feet will thank you for that :)

Similar to Tip #3, though this is taking it to the next level. Are you a Turntablist or a Producer? Do you make your own tracks or just remix? Showing your skills is what sets you apart from other Dj's. You don't have to scratch with 6 click flares and fast chirps to show your skills. You can be a solid mixer that can keep 2 tracks mixed in sync and in-key for more than 64 bars, or a producer that makes your own tracks and remixes that no one's heard before. Be yourself and know what you're good at - and show off! Keep your genre and tone in mind, and let us all hear what you got that makes you unique. Anyone can put a mixtape together and use software out there that auto-syncs, but you can add something else on top that makes you different. I love scratching, mixing, juggling, and adding movie samples to some of my mixes. If I have the time and it's part of the mixtape genre, I'm going to scratch samples in various sections because I just love doing it.

Your mixtape is a representation of you and your taste, it's your resume and calling card, the trailer to your shows and sneak peak to your music. Practice makes perfect and mixtapes is where you shine. You're not in front of a crowd so there's no pressure, make it perfect and flex on it - make your fans proud :)

My first original track "Hold Up" Out Now! 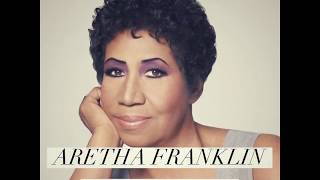 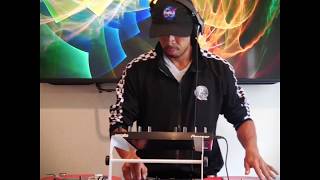 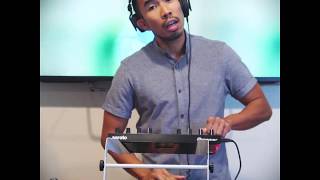 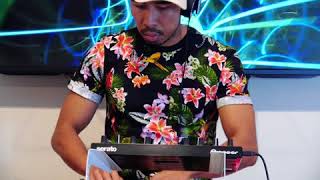 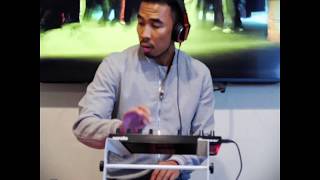 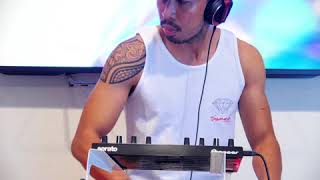 #turnuptuesday Mix with some bass house